Development for all children is dependant upon cultural expectations and family experiences and each child will develop at their own pace. As we know autism is a spectrum and children may show signs early or later in their development and the symptoms may range from mild to severe. In some instances there may associated learning disabilities such as an Intellectual Disability(ID) or Attention Deficit Hyperactivity Disorder(ADHD) and this will mostly likely have been identified by the child’s preschool/ kinder service. What is important to remember is every child is unique and there are resources to help families and educators to navigate the journey. 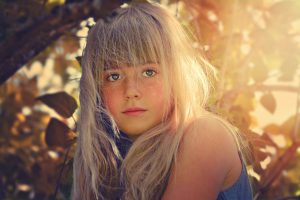 Often signs of autism may not become noticeable until a child commences school. The move from kinder or an early intervention program into the first year of school will ordinarily pose challenges for many children. The class teacher may raise concerns about your child’s level of adjustment into the school routine and how your child responds to what is requested of them.

Concerns could become apparent at any time as your child advances into the primary years of education.  If you think there is a possibility of your child having an ASD or the teacher has discussed his/her observations with you then the two observable areas for consideration are; Communication and interaction; Repetitive behaviours, interests and environmental responses. If a number of the following indicators exist, you may wish to gain a formal assessment.

Spoken language may be unusual in several ways

Reduced or absent joint  attention shown by lack of:

Unusual or restricted interests and/or rigid and repetitive behaviours

What is important now is to remember that your child is unique and development will occur for them at their pace. If after reading this, you or the teacher have concerns you may wish to seek further information such as our ASD planning flowchart  or our article on Diagnosing ASD .

Sorry, this article is for subscribers only.

Subscribe now to unlock this article,
plus a range of exclusive member benefits:

Membership costs just $9.95 per month (AUD) for unlimited access. There’s no lock in contracts and no cancellation fees.

As a parent you may well ask yourself ‘where do I start and how do I get help?’ Having a…

All children are individuals and develop differently through the baby and toddler stages. The same can be said for development…

Every child is different and every child develops at his/her own pace. Development is also dependent upon cultural expectations and…